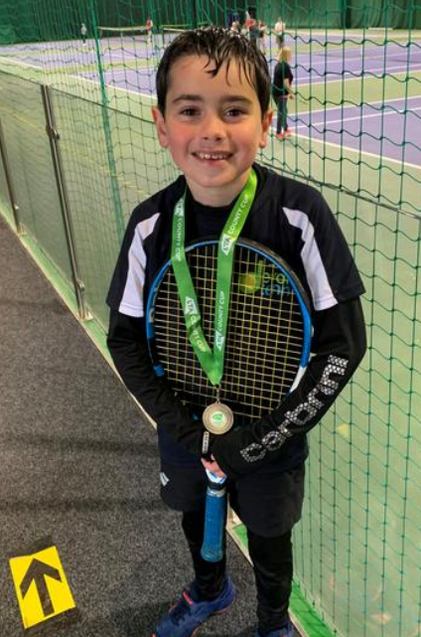 On Saturday 15th May, Harry (Year 4) represented Devon in the regional County Cup for the 9 and under age group at Bath University.  This is like a junior Davis cup with a mixture of singles (4 per round) and doubles (2 per round).  Six matches in total for each county played. Devon played 4 counties and beat them all!  Avon was 5-1, Somerset 5-1, South Wales 5-1 and Cornwall 4-0. Harry was awarded his county cup medal and is incredibly proud of the team’s success.

Harry played for Devon in the 10U County Cup.

Devon played and beat Cornwall (6-0) and Avon (4-2) in the dreadful rain at Bideford.